While your holiday spread may be accompanied by a pumpkin pie like many in the northern region of the United States, down south, the pumpkin is swapped for another sweet orange plant, sweet potato.

Sweet potato pie was originally made by the African American community. However, this beloved southern dish is inedible for a large demographic in the US: vegans. The milk, butter, and eggs in the recipe keep it from being animal-product free.

In the world of baking, many substitutes exist for these essential ingredients but not all of them work the same way. In a Nature’s Path article on egg substitutes, you can find that even though in some recipes aquafaba works as a sub for eggs, in others bananas would work better. Aquafaba and the bananas would both work in this recipe, though, because the eggs are used as an emulsifier in the filling. For the crust I recommend using vegan butter, margarine or shortening as a substitute rather than another plant-based fat like avocado since the avocado can cause the crust to take on a greenish hue.

Working with vegan substitutes, I developed this recipe that can work for any family gathering, party, potluck, or even just on a day when you feel like pie.

For the crust I used Adam Ragusea’s pastry dough recipe and graham cracker crust recipes that you can find here. To make it vegan, I substituted the butter for Earth Balance vegan butter.

While I would not recommend it, you can make an Oreo crust for the pie but it would not be vegan. You can also skip making a crust and buy a vegan pie crust from the grocery.

Sweet potato pie filling traditionally consists of sweet potatoes, sugar, milk or cream, and eggs. Some spices are sprinkled in as well. The vegan adaptations were made to this recipe.

To eliminate as much refined sugar as possible, I used maple syrup. Honey*, agave syrup, and date paste could also be used as a sweetener. Each pie had ¾ cup of maple syrup.

*Some vegans consider honey an animal product since it comes from bees and choose not to consume it.

Below: Combined butter, salt, and flour before syrup is incorporated.

Below: Unbaked pie in crust.

After your pie has cooled fully, you can slice it and serve it alongside some plant based ice cream or with a dollop of whipped cashew cream on top. Heck, try both if you want to. 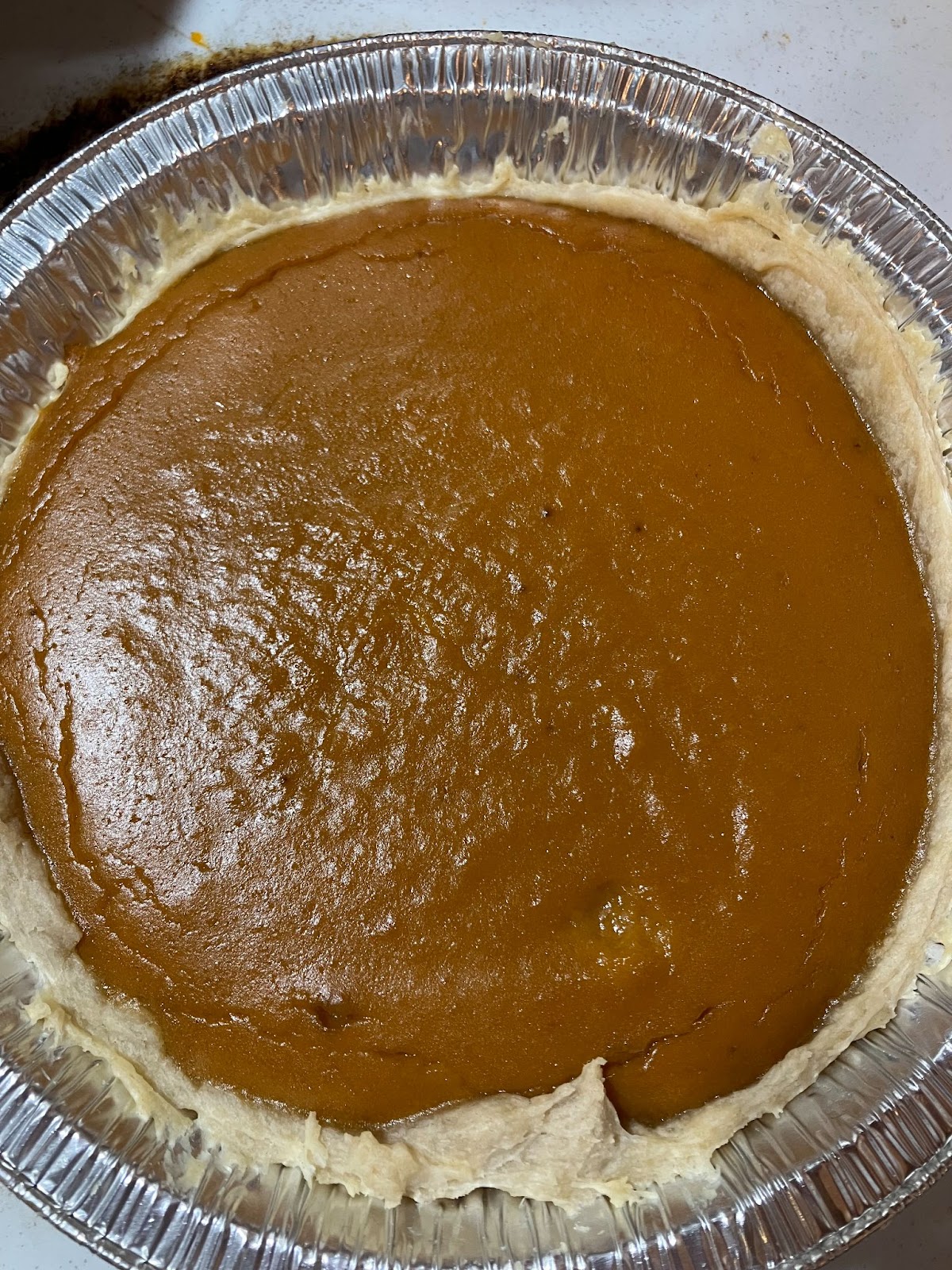 Finished product. I cut the crust poorly so around the edges it overhung the filling in some parts.