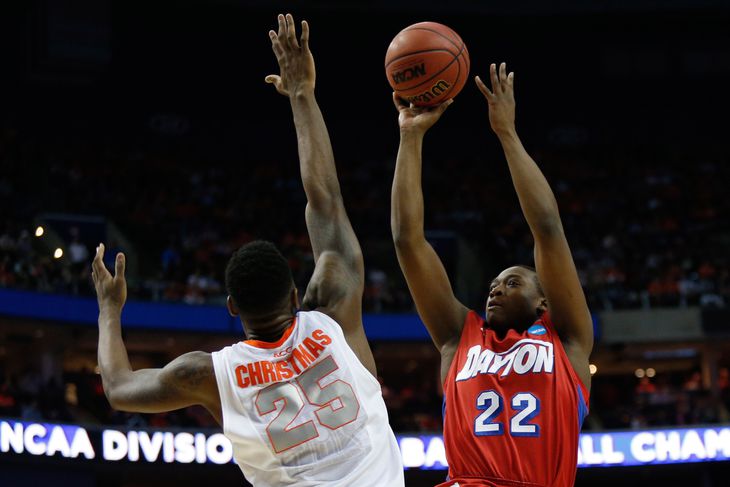 The University of Dayton Flyers Men’s Basketball team is wrapping up a successful regular season with a 23-7 record. Under leadership of head coach Archie Miller, Flyers overcame major adversity when two of their star players, Devin Scott and Jaylin Robinson, were kicked off of the team for what has been revealed as multiple campus thefts. Both players had already been dealing with issues dating back to the beginning of their career at UD. This left little hope that the Flyers would have a successful season.

A few games after Scott and Robinson were kicked off, the Flyers felt another blow as fifth-year senior transfer Ryan Bass suffered a career ending concussion. This left the Flyers with only 6 scholarship players and no players over 6’6″.  While most teams have a roster of 9-11 players, UD was left with only 6, with the addition of walk-on Bobby Wherli. The team started league play with five straight wins until falling to eventual league champion Davidson. After a buzzer-beater defeat by George Washington, the Flyers went on to win 4 out of 5 games going into a monster match up against 21st ranked Virginia Commonwealth University. VCU was packed with rowdy and mean fans, but this hostile environment didn’t faze UD. They overcame an early deficit and eventually won by 4. The flyers split a pair of games to end the season, defeating Rhode Island and falling at La Salle by two.

The Flyers will enter the Atlantic Ten Tournament in Brooklyn, New Jersey, March 15 as the second seed, one of the highest seeds that the Flyers have had. The team is led by First Team All Atlantic Ten Player Jordan Sibert. Sibert, a senior, is a transfer from Ohio State and lead the Flyers, averaging 16.6 points per game. Deshaun Pierre has also had a major role averaging 13 points per game, and was  recently recognized by the A10 with Second Team All A10 honors . Sophomore Kendall Polard was awarded most improved player in the Atlantic Ten and is the third flyer to average double figures at 12 points per game. The Flyers are poised for another post season run under Archie Miller, who is a finalist for Naismith Coach of the Year. The Flyers are predicted by many bracket-ologists to be a 9 seed in the NCAA tournament. No matter the outcome of the tournament games, the Flyers will return with 6 of their 7 players next year along with promising recruited UD prospects.