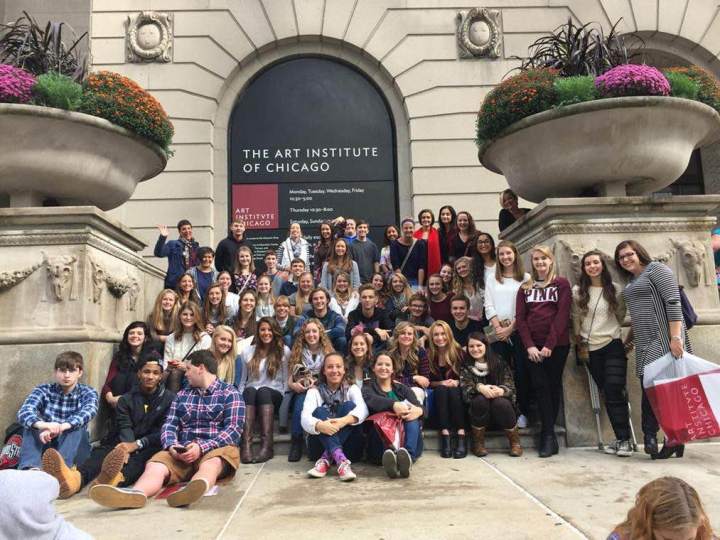 On October 15, Bellbrook High School French and Art students went on an academic field trip to the Art Institute of Chicago for a day trip. This was the 10th year the French and art students have gone on the trip together. They began in 2002, while not going some years.

Departing from the high school at 7 am, they arrived at the museum at noon and began their tour in the Impressionist wing and then dispersed throughout the museum.

Later that afternoon, after visiting the museum the groups joined together and departed for Navy Pier where they would be able to dine, shop, and relax by Lake Michigan.