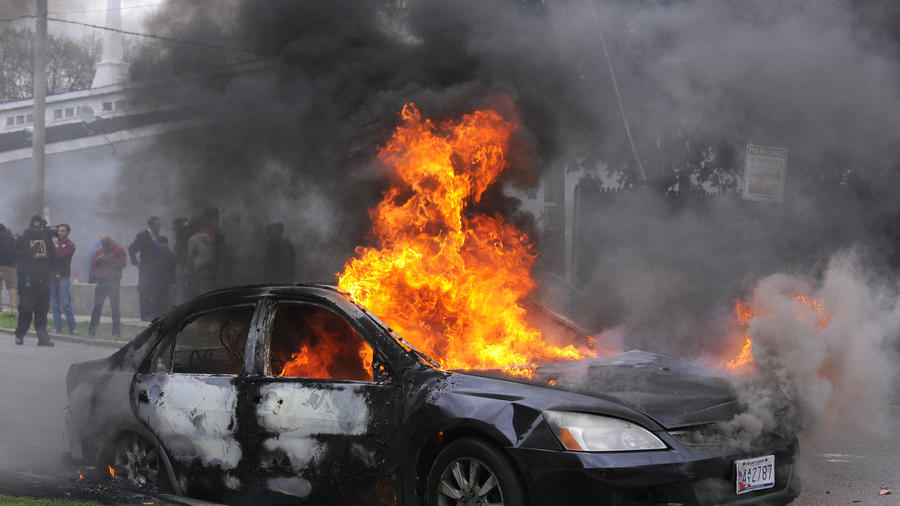 The National Guard was called in to parts of Baltimore to restore order Monday, April 27, when violent riots, accompanied by looting, fires, and physical violence, broke out and injured at least 15 police officers. The riots in response to the mysterious death of Freddie Gray at the hands of a police officer are the latest protests against excessive police force towards African Americans. Gray’s family is shocked and saddened by this response, and urged people to protest peacefully. Gray’s family attorney, Billy Murphy, said that, “They don’t want this movement nationally to be marred by violence. It makes no sense.”

West Baltimore is in chaos, and 27 people were arrested during the riots. 15 police officers were sent to the hospital after a fight broke out with high school students. Some of the officers have broken bones while another was unresponsive at the scene. Mayor Stephanie Rawlings-Blake declared a curfew for the remainder of the week, and made it clear that there was a distinction between peaceful protesters and “thugs.” The governor of Maryland is sending in 500 state troopers and as many as 5,000 officers from neighboring states to subdue the rioters.

The riots may have stemmed from a flyer that had been circulating around social media, stating that there would be a “purge” beginning at 3 PM Monday. This “purge” is a common meme that circulates among school-aged children, and is inspired by the “Purge” movies that illustrate what would happen if all laws were suspended for 24 hours. The flyer had an image of protesters setting fire to a police car during a riot earlier this week over the death of 25-year-old Freddie Gray.

There is mystery surrounding the death of Gray, who died at the hospital due to spinal cord injuries after being arrested by the police. The Baltimore police reported that Freddie Gray did not receive timely medical care and that there are no excuses for him not being buckled in en route to the hospital. At some point during the ride to the hospital, Gray experienced a spinal cord injury that weakened his breathing and caused him to slip into a coma. Jason Downs, an attorney for the Gray family, said that the admission is a step in the right direction. “It’s certainly a step towards acknowledging the truth that the police did not follow their own internal regulations” Downs said, after Police Commissioner Anthony Batts recognized the mistakes that the police had made (Almasy).

Mayor Stephanie Rawlings-Blake thanked protesters earlier this week  who have demonstrated peacefully. “Our community is very clear. They demand answers and so do I,” she said. The mayor said that the investigation will take time to sort through, but she wants answers, “I still want to know why the policies and procedures for transport were not followed,” Rawlings-Blake said. “I realize there is frustration over this investigation, but I want to be clear: there is a process, but we have to respect that process.”

The Baltimore Police Department said earlier Monday that they received a credible threat that several gangs, including the Black Guerilla Family, Bloods, and Crips entered into a partnership to “take out” law enforcement officers.

Police spokesman Eric Kowalczyk alerted parents that many of the demonstrators are juveniles, and that they should be kept at home. He called the demonstrators “lawless individuals with no regard for the safety of people that live in that community” (Dance). The officers expected protests to emerge the day of Gray’s mourning and funeral, but did not anticipate this level of violence. Former Maryland Governor Martin O’Malley expressed, “I’m saddened that the City I love is in such pain this night. All of us share a profound feeling of grief for Freddie Gray and his family. We must come together as one City to transform this moment of loss and pain into a safer and more just future for all of Baltimore’s people.” 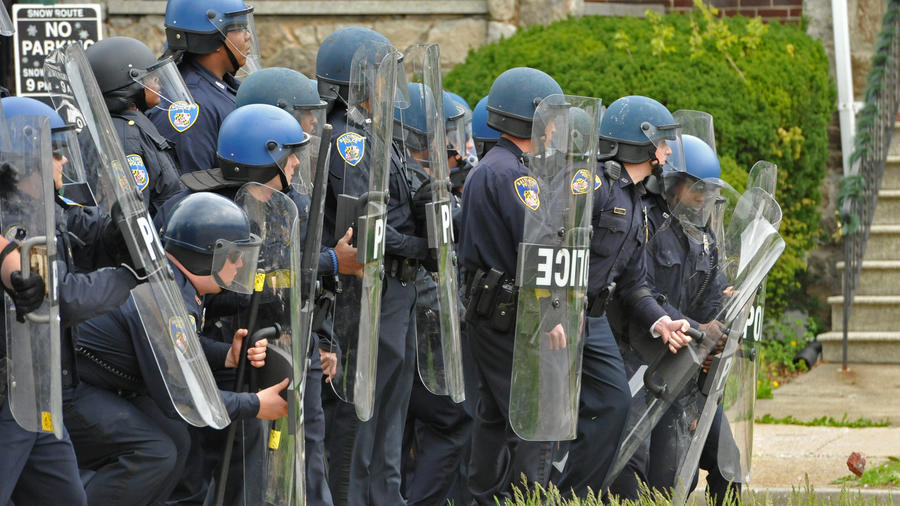