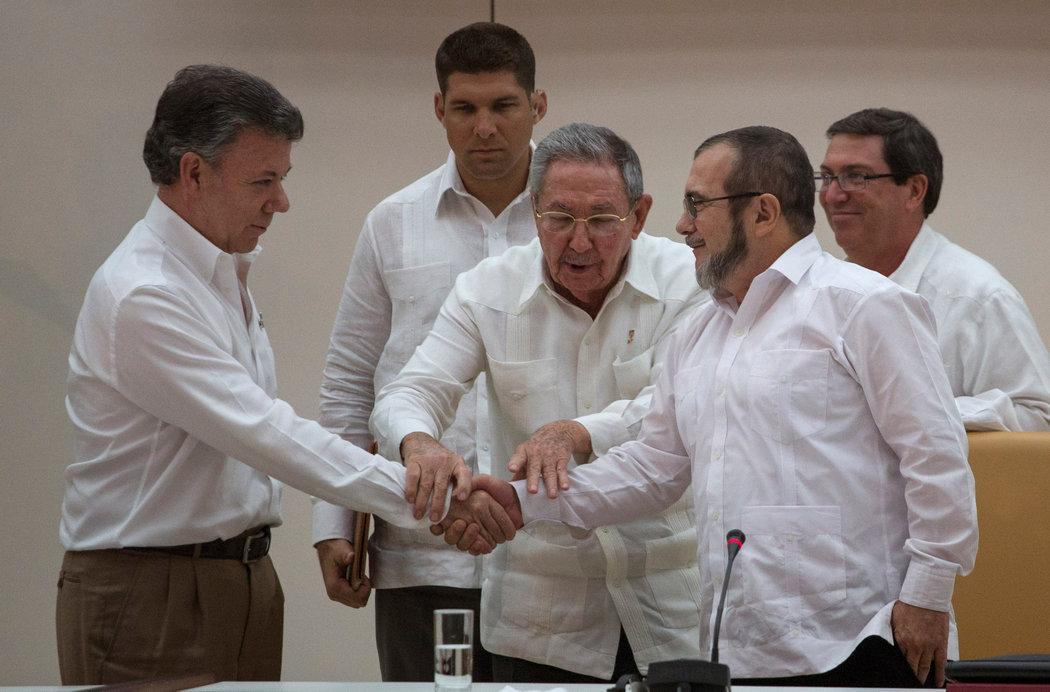 After 52 years one of the world’s longest war has finally come to a close. The Colombian president, Juan Manuel Santos, and the FARC communist rebel leader, Timochenko, decided that peace was well overdue. They both shared the hope that the peace agreement would transition the country of bullets into a country of “education and future.” Timochenko stated that FARC was ready to disarm itself and move into peaceful politics. “No-one should doubt that we are moving into politics without arms,” he said, “Let us all be prepared to disarm our hearts.”

UN chief Ban Ki-moon, U.S. Secretary of State John Kerry, and Cuban President Raul Castro attended the final signing of the peace agreement, which has been in the process for four years and three months. The final 297-page document will officially go into effect when Colombian voters pass the referendum into law within a week.*

An initial poll indicated that the majority of Colombians will vote for the peace agreement, but there has been stiff opposition from two ex-presidents of Colombia.

*By a narrow margin, Colombian voters rejected the peace agreement on Sunday, October 2.